In January 2008, we went on a family holiday to Mauritius. Conceiving you was always in the back of my mind as I swam, sat in the sun, read, and probably drank too many Mojito’s. (Which I did feel rather guilty about when I found out I was pregnant!) Not that I was starting to worry about getting pregnant yet, we had only technically been trying since October, but I had already been dreaming of having you for a long time. Little did I know that you were already there with me, a tiny beginning of life. A mere division of cells, growing bigger each day, so small, yet in the greater scheme of things, the most significant thing that was about to happen to me.

Back at work a few weeks later, I checked my diary to see when I had my last period, with the intention of taking “this conception thing” a bit more seriously. And then I realised I was a few days late. On the way home, I stopped off at clicks and bought a few pregnancy tests. Needless to say, they were all positive! I already loved you from the moment that I knew you were there, growing away quietly inside of me.

I showed your dad the official blood test results the next morning. To be honest, he was still having mixed feelings about becoming a father again, as Craig and Stuart were already 18 and 20. So his reaction wasn’t the typical “iamsohappytobeadad“, but I know that he loved you already too! (especially when we saw you for the first time on the black and white screen in the Gynae’s office. My sweet little grainy bean, with the galloping heart beat.)

I had a good pregnancy with you, felt healthy (ok, other than vomiting every day for the first 14 weeks!), did lots of exercise and ate mostly healthy stuff. I craved anything with chilli in it, and freezochinos, preferably from tashas! (That is probably why you love them so much.) You decided that “head-down” wasn’t going to cut it for you, and stayed breech the whole time, which meant that I had to have a c-section, which I wasn’t too thrilled about, but I wanted to do whatever was the best option for you. Your birth was scheduled for Tuesday the 23rd of September 2008.

On Sunday the 21st of September 2008, I was upstairs watching “strictly come dancing” while your dad watched the golf in the lounge. I had been feeling funny all weekend, full and uncomfortable, and had spent the weekend getting everything ready for your arrival (which included buying enough groceries and cleaning supplies for about 6 months, and cleaning the house like a demon!). I heard a “pop” sound, and then felt a trickle of water down my leg. My waters had broken, and I was in labour. I called down to your father, to tell him, and he looked at me with that “who are you again” look on his face that he gets when he is so engrossed in a sporting event, and when it finally registered, the look turned to one of a slight panic. Earlier that afternoon we went to Granny and Grandpa’s house for Cake, it was Grandpa’s birthday. He had joked with me when I told them I was pregnant with you, that maybe you would be born on his birthday (your due date was the 2nd of October), and turned out he was right.

So we bundled ourselves into the car, to head to the Sunninghill hospital. We phoned Charlene’s after hours number, and it turned out she was not on call, so I was about to have a complete stranger deliver you! I must have sounded like a complete lunatic telling the reception staff that I had to have a Caesar because you were breech. I was so scared that they would allow my labour to progress and that something would happen to you. Within an hour, the surgical team was there and we were moments away from meeting you. Dr Stuart ‘o Hanlon would be the doctor doing the surgery. At 5 to midnight, your healthy cry filled the air, and they gave me my baby boy to hold and look at. It was love at first sight!

Holding one’s baby for the first time is possibly the most overwhelming thing that anyone can experience. You were damp and warm, with your dark hair (a whole lot of it!) and your blue grey eyes. When the doctor put you on my chest, you looked up at me with the sweetest puzzled look, as if to say “so you’re the voice I have been hearing all the time, hello!” My sweet baby boy! It is still amazing to me from the moment I saw you, I felt such a surge of love and joy, and a deep need to protect and look after you, the little “stranger” nuzzling at my chest. I also felt real fear for the first time. The very thought of something happening to you still makes my blood run cold. Your dad summarised it well: “welcome to being a parent, where you spend the rest of your life worrying about your child”. It sounds clichéd, but in that instant that I held you for the first time, something inside me changed. I was no longer a separate person, I was a mother!

The past three years have flown by, and I have watched you grow from a tiny, helpless baby, into a confident, curious, cute, naughty, clever little boy. You have an energy about you that is as infectious as your great big belly laughs. You have the biggest, bluest eyes, and I never get tired of looking into them, even though it makes you giggle and ask me what I am looking at! 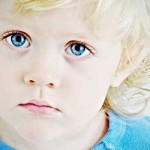 You are inquisitive and sensitive, and are always willing to give mommy a hug and a kiss when I ask for one. You are my special little guy, my precious boy, and I love you with all my heart.